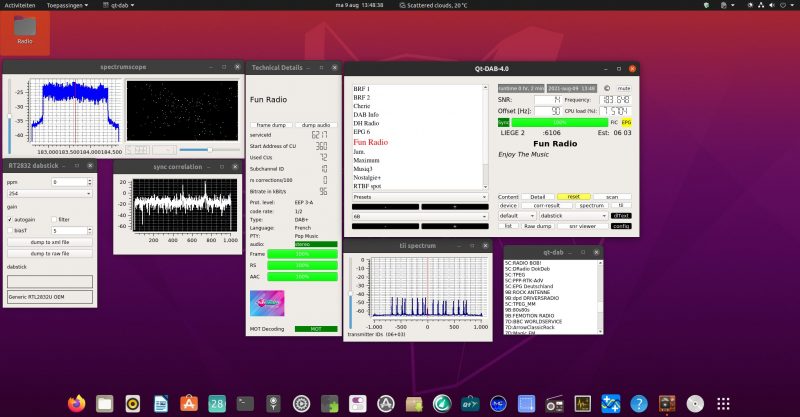 After having dabbled in Linux years ago, I decided it was time again to find out how to use Linux in FMDAB DX, with my hardware (RSP1A, RTL-SDR and AirspyR2).

I chose Ubuntu in a virtual machine (Virtual Box) and have a go at the Linux adventure.

Welle.io
Easiest to install was Welle.io as it can also be found in the Ubuntu Software package in your Ubuntu install. Just follow the instructions on your screen. Welle.io does a great job with Airspy and RTL-SDR, actually even better than on Windows 10 for that matter. 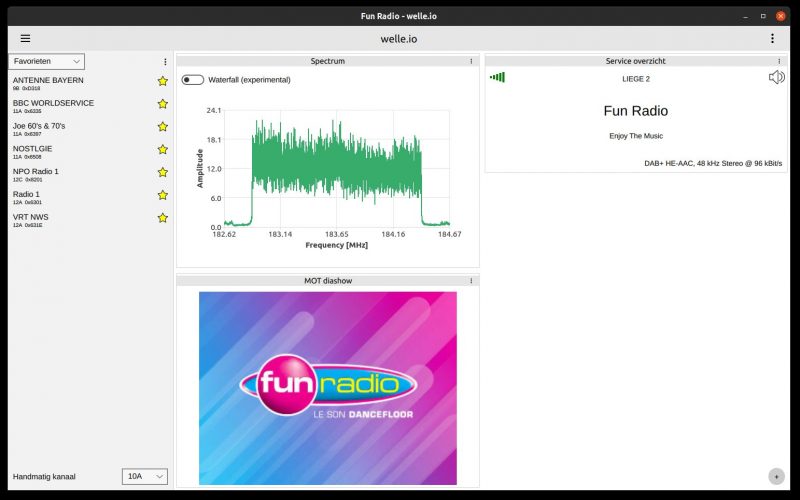 QT-DAB-4.0.
Developer Jan Van Katwijk is an avid Linux user and software developer who is not much into Windows.
QT-DAB works wonderfully well in Linux with no audio drops on strong muxes as sometimes happened with
Windows 10.
QT-DAB is great with AirspyR2, RSP1A (Jan’s favourite) and RTL-SDR.
Jan strongly advises to download and install the necessary Linux API from SDRPlay first.
Then run these commands in the Terminal:
git clone git:// git.osmocom.org/rtl-sdr.git
cd rtl-sdr/
mkdir build
cd build
cmake ../ -DINSTALL_UDEV_RULES=ON -DDETACH_KERNEL_DRIVER=ON
make
sudo make install
sudo ldconfig
cd ..
rm -rf build
cd ..
QT-DAB works excellently with RSP1A and AirspyR2. Its performance is a bit less with the RTL-SDR dongle.
Performance wise I feel QT doing better with Linux than Windows, but admittedly this is more a ‘watch and feel’ thingy.
I do prefer the QT Linux GUI though; it’s just smoother. 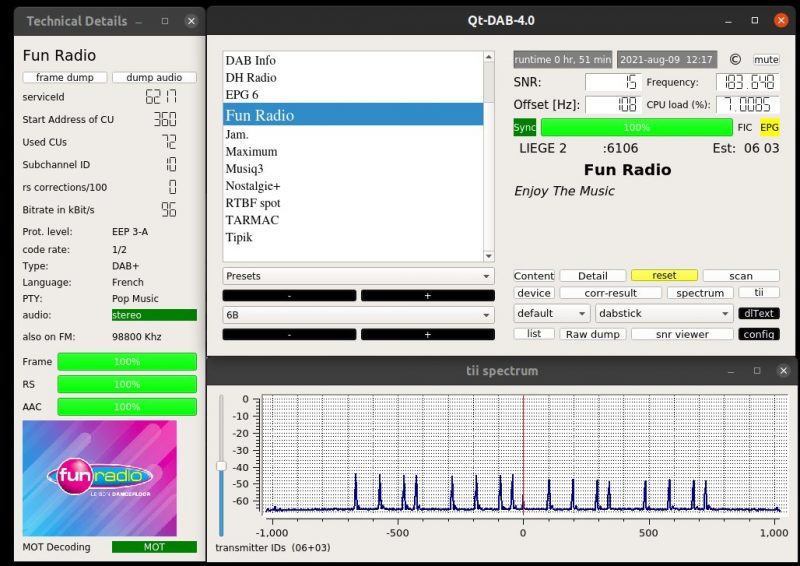 QIRX?
Clem Schmidt developed a Linux version (1.0.0.4) of the superb QIRX, but it’s outdated now as Clem concentrates on developing QIRX for Windows.
I haven’t installed this.

My favourite software for FM is the excellent SDR-Console developed by Simon Brown. Simon has made some great improvements on RDS decoding in 2021.
SDRC now performs as well as SDR## with RDSSpy.
Simon is NOT into Linux and there won’t be a Linux version any time soon.

Gqrx
Gqrx is for Linux and its development seems to have stopped in 2018. It can easily be found in the Linux software repositories. It works well with the RTL-SDR dongles. 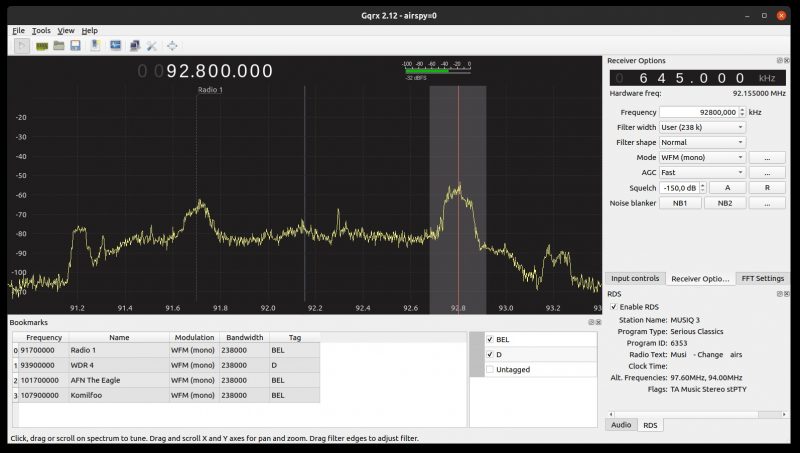 SDR++
New SDR++ should work well on Linux and I got it running, but after updating to a newer version I cannot get it working any longer. To be continued.

Many thanks to Jan Van Katwijk in helping me with my first Ubuntu steps.

The 5 most visited posts in last 30 days: